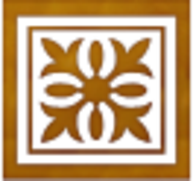 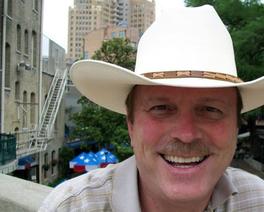 All Works Available Through

and Other Fine Book Stores

Darrell W. Maloney is an American author from Texas, and many of his novels are based there. His best selling book "The Secession of Texas" achieved critical acclaim and was called "captivating" and a "must-read" by the Wall Street Journal.
He wasn't always a writer, though. For twenty one years he served his country in the United States Air Force. Then he worked for the Atlanta Braves baseball team. It wasn't until he turned fifty that he decided to try something new and share his literary talents.

Prior to his midlife change of course, Maloney had lived in seven of the United States and visited all forty three others. He lived in three foreign countries and visited fifteen more.

"As much fun as I had traveling and experiencing other cultures, it was time for me to settle down and grow roots again. And to start writing."
"Many of these stories have been rolling around in my head for years," Maloney has said. "When I was fifty three years old, I finally decided to see if others might be interested in hearing them."
Maloney has a handful of characters he uses in recurring roles in several of his novels. His readers have a chance to get to know these characters as though they are old friends.
One such character, Sarah Anna Speer, holds a special place in Maloney's heart. The real Sarah was a love of Maloney's who died tragically at the age of 22. He has said that his Sarah was a beautiful and special woman, and he uses her name to keep her memory alive, "and so the rest of the world can see how special she really was."
Maloney writes in the style of Will Rogers or Mark Twain. "I write as I speak," he's been quoted as saying. "It's more comfortable for me to write that way, and I've been told by many of my readers that it's more enjoyable to read as well."
Maloney's novels are all available on Amazon.com in traditional and Kindle formats. They're also available through Barnes and Noble Booksellers in traditional book version, as well as e-bay.com and dozens of on-line bookstores around the world in twelve different languages.
This writer has displayed his versatility by writing books in several genres. His most successful series, "Final Dawn" and "Countdown to Armageddon" both deal with post-apocalyptic themes and the survival of his main characters.
He's also done science fiction, in "The Cleansing," and romance, in "Maribel" and "My Forever."
Maloney has also had success in non-fiction, with a collection of true ghost stories from his hometown of Lubbock, Texas called "Haunted Lubbock." His first two books, also non-fiction, were of a nostalgic nature. "Life's Lessons from a Candy Machine" and "Perspectives" were both collections of short stories from his childhood. "Growing up in Texas in the 1960s wasn't always fun," he's been quoted as saying. "But it was a great adventure."
"I'll keep writing my stories as long as my readers keep asking for them. Finally getting them out of my head and on paper has been therapeutic for me, and I'm having a blast."